You are here: Home » News » Industry News » Application and development of flow meter

Application and development of flow meter

Coriolis mass flowmeter (hereinafter referred to as CMF) is a direct mass flow instrument based on the principle of Coriolis force proportional to the mass flow when the fluid flows in the vibrating tube.

Foreign CMF has developed more than 30 series. The technical focus of each series is: design innovation in the structure of flow detection and measurement tube: improving the zero point stability and accuracy of the instrument; Increase the deflection and sensitivity of the measuring tube: improve the stress distribution of the measuring tube, reduce fatigue damage, and strengthen the ability of anti vibration interference.

Some manufacturers have developed Coriolis instruments that can measure gas-liquid two-phase, which can be used in ship unloading, bubble containing medium and other occasions where the original traditional instruments cannot work. At the same time, an MVD transmitter can realize the on-line self calibration of the instrument, that is, the flowmeter does not need to be removed, and the performance of the field instrument can be judged by checking the rigidity of the flow tube.

Since EMF entered the industrial application in the early 1950s, its application field has expanded day by day. Since the late 1980s, EMF has accounted for 16% ~ 20% of the sales amount of flow instruments in various countries.

USF entered industrial application in the late 1960s and has accounted for 4% ~ 6% of the sales amount of flow instruments in various countries since the late 1980s. In 1992, the worldwide sales volume was estimated to be 35.48 million units, while the domestic products in the same period were estimated to be 8000 ~ 9000 units. 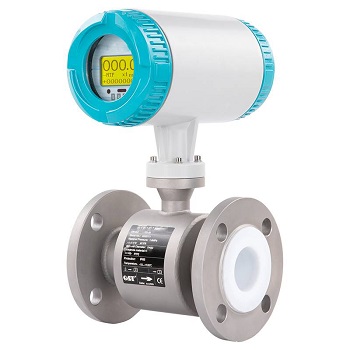 The application of flow measurement technology and instrument generally includes the following fields.

Flow meter is one of the major categories of process automation instruments and devices. It is widely used in metallurgy, electric power, coal, chemical industry, petroleum, transportation, construction, light textile, food, medicine, agriculture, environmental protection and people's daily life. It is to develop industrial and agricultural production, save energy and improve product quality, An important tool to improve economic efficiency and management level plays an important role in the national economy. In the process automation instruments and devices, the flow instrument has two functions: as the detection instrument of the process automation control system and the total quantity table for measuring the quantity of materials.

The discharge of flue gas, waste liquid and sewage seriously pollutes the atmosphere and water resources and seriously threatens the human living environment. The state has listed sustainable development as a national policy, and environmental protection will be the biggest topic in the 21st century. In order to control the air and water pollution, we must strengthen the management, which is based on the quantitative control of pollution. The flowmeter has an irreplaceable position in the flow measurement of flue gas discharge, sewage and waste gas treatment.

China is a country with coal as its main energy source. There are millions of chimneys in the country that constantly discharge smoke into the atmosphere. Flue gas emission control is an important project to eradicate pollution. Each chimney must be equipped with flue gas analyzer and flowmeter to form a continuous emission monitoring system. There are great difficulties in the flow and quantity of flue gas. The difficulties are large and irregular chimney size, variable gas composition, large flow rate range, dirt, dust, corrosion, high temperature, no straight pipe section, etc.

The 21st century will usher in the century of life science, and the industry characterized by biotechnology will develop rapidly. There are many substances to be monitored and measured in biotechnology, such as blood, urine, etc; In the pharmaceutical industry, there is also disagreement or lack of flow instruments for the control of various pharmaceutical formulas and liquid preparation components. The development of instruments is very difficult and has a wide variety.

Scientific experiments need not only a large number of flowmeters, but also extremely complex varieties. According to statistics, a large part of the more than 100 kinds of flow meters are needed for scientific research. They are not mass produced and sold on the market. Many scientific research institutions and large enterprises have set up special teams to develop special flow meters.

These areas are open flow channels, which generally need to detect the flow rate and then calculate the flow. The physical principle and hydrodynamics basis of flow meter and flowmeter are common, but the instrument principle, structure and application premise are very different.