The English name of flowmeter is flowmeter, which is defined by the national science and technology terminology Approval Committee as an instrument indicating the measured flow and / or the total amount of fluid within the selected time interval. Simply put, it is an instrument used to measure the fluid flow in pipelines or open channels.

Measurement is the eye of industrial production. Flow measurement is one of the components of measurement science and technology. It is closely related to national economy, national defense construction and scientific research. Doing this work well plays an important role in ensuring product quality, improving production efficiency and promoting the development of science and technology. Especially in today's era of energy crisis and increasing automation of industrial production, the position and role of flowmeter in the national economy are more obvious.

In 1886, American Herschel made a practical measuring device for measuring water flow by using venturi tube.

After the 1960s, measuring instruments began to develop in the direction of precision and miniaturization.

With the rapid development of integrated circuit technology, ultrasonic (wave) flowmeter with phase-locked loop technology has also been widely used. The wide application of microcomputer has further improved the ability of flow measurement. For example, laser Doppler flowmeter can process more complex signals after the application of microcomputer.

In the industrial field, the instruments for measuring fluid flow are collectively referred to as flow meters or flow meters. It is one of the most important instruments in industrial measurement. With the development of industry, the accuracy and range of flow measurement are required to be higher and higher. In order to adapt to a variety of uses, various types of flow meters have been introduced one after another, which are widely used in petroleum and natural gas, petrochemical industry, water treatment, food and beverage, pharmaceutical, energy, metallurgy, pulp and paper making, building materials and other industries.

Due to the lack of strong support from the national system and mechanism in this industry, China's instrument industry lacks high-level compound talents and comprehensive talents who are familiar with and proficient in the intersection of various disciplines. Low ability of independent innovation and lack of independent intellectual property rights. Specifically, domestic high-end automation products are scarce and the market competitiveness is not strong. 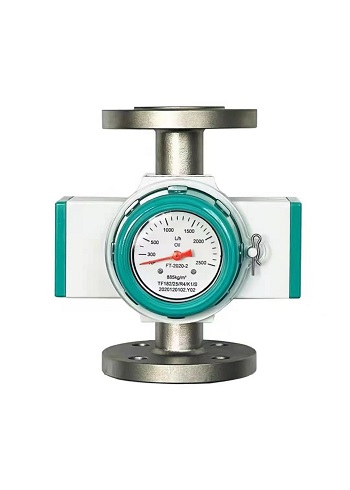 Modern metrology is a highly integrated product of light, machinery, electricity, computer and many basic disciplines. It is sensitive to new technologies. It is one of the products with relatively fast renewal speed in modern industrial products. New products will be launched every year. Especially in today's era of rapid development of information technology, the competition is becoming increasingly fierce, and the development speed will be far behind if it is a little slower. Although China has entered the 21st century, many things still remain at the level of the early 1980s. Almost all large and high-end instruments and equipment rely on imports, and even some special instruments are still blank in China. There are still many problems to be solved in the quality assurance of medium and low-end products.

Therefore, we must have a high degree of national strategic planning and strong support from relevant resources before we have the opportunity to continuously narrow the gap. If the testing instrument enterprise cannot achieve a relatively large scale, it is difficult to have the strength to compete with the international giants, and the early growth requires huge and long-term capital investment.

The most widely used transducers are external clip type and plug-in type. The single channel ultrasonic flowmeter has simple structure and convenient use, but it has poor adaptability to the change of flow pattern distribution. The rapid development of microelectronic technology and computer technology has greatly promoted the renewal of instruments, and new flowmeters have sprung up. So far, it is said that hundreds of flow meters have been put into the market, and many thorny problems in field use are expected to be solved. The work of modern flow measurement technology in China is relatively late. It is set at the upstream end of the measurement flow channel 6 and relative to the holes 11 and 12 to reduce the flow of the measured fluid into the holes 11 and 12; A measurement control section 19 for measuring the propagation time of the ultrasonic wave between the ultrasonic transducers 8 and 9; And a calculation section 20 for calculating the flow according to the signal of the measurement control section 19.

The flowmeter shall try to avoid ferromagnetic objects and equipment with strong electromagnetic field (such as large motor, large transformer, etc.) to prevent the magnetic field from affecting the working magnetic field and flow signal of the sensor. Flow signal line and excitation line between sensor and converter. However, from the analysis of damaged parts in lightning fault, most of the induced high voltage and surge current causing the fault are introduced from the power line of the control room, and the other two ways are less. Since the electromagnetic flowmeter has far more chances to measure the suspended solid or dirty body than other flow instruments, the failure probability of the inner wall adhesion layer is relatively high. If the conductivity of the attachment layer is similar to that of the liquid. Common faults during commissioning are usually caused by improper installation.