How does differential pressure monitoring work?

In the actual structure, the structure of the sensing element, the form of the chamber, the way of displacement conversion, and the format of the standard signal all have many kinds.

Pressure transmitter is an important part of process detection and control system in the automation of production process. Its function is to convert the measured process parameters such as pressure into corresponding electrical (gas) signals of the same scale, and then send this signal to other units to realize automatic detection or automatic adjustment of the above process parameters. 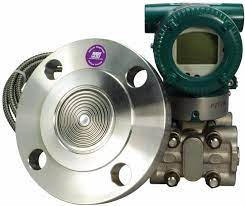 The working principle of the pressure transmitter is that the two pressures of the measured medium pass into the high and low pressure chambers, act on the isolation diaphragms on both sides of the sensitive element, and are transmitted to the measuring diaphragm through the isolation diaphragm and the filling liquid in the element. sides. The measuring diaphragm and the electrodes on both sides of the insulating sheet each form a capacitor.

The a/d converter converts the current from the demodulator into a digital signal, the value of which is used by the microprocessor to determine the input pressure value. The microprocessor controls the operation of the transmitter. Additionally, it performs sensor linearization. Reset the measurement range. Engineering unit conversion, damping, square root, sensor trimming and other operations, as well as diagnostics and array communications.

Since the measuring diaphragm adopts a standard integrated circuit and contains linearity and temperature compensation circuits, it can achieve high precision and high stability. The transmission circuit adopts a dedicated two-wire chip, which can ensure the output of a two-wire 4-20mA current signal. , which is convenient for field wiring.

The pressure of the measured medium acts directly on the diaphragm of the sensor (stainless steel or ceramics), causing the diaphragm to produce a micro-displacement proportional to the pressure of the medium, so that the resistance value of the sensor changes, and the electronic circuit is used to detect this change, and The conversion outputs a standard measurement signal corresponding to this pressure.

The pressure acts directly on the front surface of the ceramic diaphragm, causing the diaphragm to deform slightly. The thick film resistor is printed on the back of the ceramic diaphragm and connected to form a Wheatstone bridge (closed bridge). Due to the piezoresistive effect of the varistor , so that the bridge generates a highly linear voltage signal proportional to the pressure and also proportional to the excitation voltage.