Rotameter flow meter are the most commonly used flow meters in industry and laboratories. It has the characteristics of simple structure, intuitive, small pressure loss, convenient maintenance and so on.

The rotameter consists of two parts, one is a conical tube that gradually expands from bottom to top; the other is a rotor that is placed in the conical tube and can move freely up and down along the center line of the tube . When measuring the flow of the fluid, the fluid to be measured flows in from the lower end of the conical tube, and the flow of the fluid impacts the rotor and generates a force on it (the magnitude of this force varies with the flow); when the flow is large enough , the resulting force lifts the rotor and raises it.

At the same time, the fluid to be measured flows through the annular section between the rotor and the conical tube wall. At this time, there are three forces acting on the rotor: the dynamic pressure of the fluid on the rotor, the buoyancy of the rotor in the fluid and the gravity of the rotor itself. When the flow meter is installed vertically, the center of gravity of the rotor coincides with the axis of the tapered tube, and the three forces acting on the rotor are in a direction parallel to the tube axis. When these three forces reach equilibrium, the rotor floats smoothly in a certain position in the cone tube. For a given rotameter flow transmitter, the size and shape of the rotor have been determined, so its buoyancy in the fluid and its own gravity are known to be constant, only the dynamic pressure of the fluid on the float varies with the flow velocity. . Therefore, when the incoming flow velocity becomes larger or smaller, the rotor will move up or down, and the flow cross-sectional area of the corresponding position will also change, until the flow velocity becomes the corresponding speed when the flow rate becomes balanced, and the rotor will be stable at the new position. For a given rotameter flow meter, there is a one-to-one correspondence between the position of the rotor in the cone and the flow rate of the fluid through the cone.

Rotameter flow meter is widely used, and the applications of flow measurement technology and instruments are generally in the following fields. 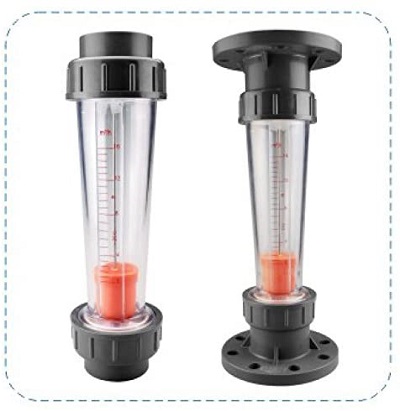 Flow meter is one of the major types of process automation instruments and devices. It is widely used in metallurgy, electric power, coal, chemical industry, petroleum, transportation, construction, textile, food, medicine, agriculture, environmental protection and people's daily life. It is an important tool to develop industrial and agricultural production, save energy, improve product quality, and improve economic efficiency and management level in various fields of the national economy. It occupies an important position in the national economy. In process automation instruments and devices, flow meters have two major functions: as a detection instrument for process automation control systems and as a total meter for measuring the quantity of materials.

The discharge of flue gas, waste liquid and sewage seriously pollutes the atmosphere and water resources, and seriously threatens the living environment of human beings. The country has listed sustainable development as a national policy, and environmental protection will be the biggest issue in the 21st century. To control air and water pollution, management must be strengthened, and management is based on quantitative control of the amount of pollution.

Our country is a country where coal is the main energy source, and there are millions of chimneys in the country that continuously emit flue gas into the atmosphere. Flue gas emission control is an important project to eradicate pollution. Each chimney must be equipped with flue gas analysis instruments and flow meters to form a continuous emission monitoring system. There are many difficulties in the flow rate of flue gas. The difficulty is that the size of the chimney is large and the shape is irregular, the gas composition is variable, the flow rate range is large, dirt, dust, corrosion, high temperature, no straight pipe section, etc.

The 21st century will usher in the century of life science, and industries characterized by biotechnology will develop rapidly. There are many substances that need to be monitored and measured in biotechnology, such as blood, urine, etc. Instrument development is extremely difficult, and there are many varieties.